When France play Croatia in the World Cup where would you rather be? At home lounging on the sofa or in Cherbourg.  We felt Cherbourg might be interesting especially when the Bastille celebrations are the day before.   Our mistake was assuming that any form of sleep during this 48 hour period was going to be afforded us, but more on that later.

Rounding the formidable headland of the Pointe de Barfleur for once we weren’t too upset at the lack of wind and flat calm seas.  Be assured I’ve ventured through these waters on a passage when, after having been thrown out of my bunk and hitting the roof lining, I genuinely thought the boat was going to split in two – so on this occasion I won’t complain! 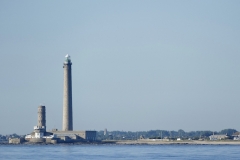 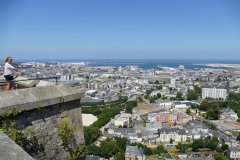 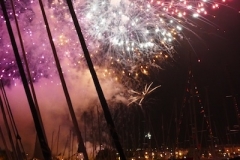 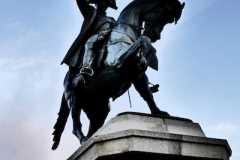 Arriving in any French port, Cherbourg being no different, our first appointment, is to Tourist Information for a local map  (And you thought I was going to say Cave at that point – shame on you).

French tourist maps, I’ve noticed, seem to have a fairly relaxed attitude to accuracy and precision and one must adopt an openminded attitude when trying to interpret them.  Having been in France for the past month I’m starting to accept that the  ‘it’s round here somewhere’ approach has a far greater success rate than trying to be exacting.  This is a fairly long winded way of justifying our longer than expected cycle ride to Chateau Ravalet, which was a combined effort of the aforementioned maps, google earth and reducing me, a grown Man, the pain of having to ask someone (in French).

An hour of frantic pedalling, and painfully at the top of a hill, we arrived exhausted at the house and gardens.  How can I describe them?  Just that they were breathtakingly beautiful.    Originally, this was the family home of the Ravelet family but after numerous different owners, mysterious murders, German, American and British occupations it was eventually ‘gifted’ to the people of Cherbourg.    Sadly, the interior of the house has fallen into disrepair, but the gardens are listed as of historical interest and have retained a playground feel whilst incorporating landscaped meadows,  manicured lawns and formal gardens.

For us the joy of this place was simple, and it didn’t need a yacht to get here.   A simple picnic on a sunny day.   Chilled wine, cheese, French bread, the tranquillity of no wifi and most importantly time together – tell me I’m wrong ? 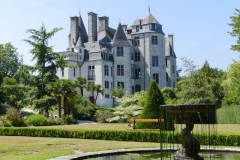 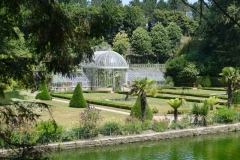 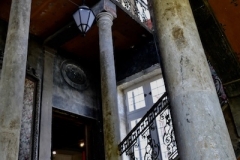 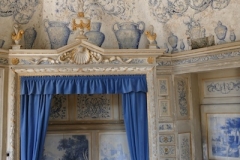 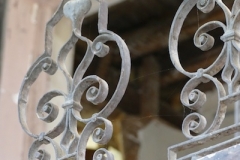 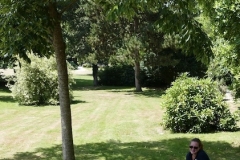 Back in Cherbourg, The Saturday night Bastille Day celebrations started with fireworks followed by an obligatory symphony of car horns which went on until at least sunrise and only stopped the following day because of the World Cup final.  Ninety minutes of unbearable tension later and with France being victorious the final whistle heralded the signal for any left over pyrotechnics to be launched and any car horns that hadn’t been broken the night before being set to constant!

At 3am the next morning when we set off for Guernsey, having had no sleep, the car horns were still filing the night air.