Having literally bounced our way out of Le Treport, we continued to bounce our way to Dieppe.   With the wind in our face (again), with the sails safely in their bags (again) and the waves smashing over the front of the boat (again) it was another leg with the engine on.    With this went any chance of winning our bronze Eco-Warrior badge as we seem to be burning sufficient fuel to leave a carbon footprint the size of Venezuela.

Dieppe turns out to be a charming small town with lots of British visitors.   That said, most of them either arrive on the afternoon ferry from Newhaven and merely pass through seeking the ‘Toutes Direction’ south or conversely arrive at about 2.30pm rattling their caravans at high speed across the cobbled streets because the ferry leaves at 3pm and they forgot to change the clock in the car.

The Marina has a real town square feel with bustling markets, restaurants and loads of bars, in which we joined a small gathering of Brits’ to watch England bumble past Tunisia in their first match of the World Cup.   Littered with grand churches, small plazas and charming chateaus all with their own local medieval history for once we found ourselves more drawn to a simple but moving museum dedicated to Canadian troops who on the 19th August 1942 attempted a raid on Dieppe. 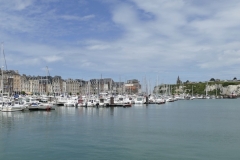 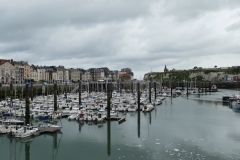 ‘Operation Jubilee’ was an avoidable catastrophe and ended being the largest loss of Canadian lives in one action throughout the entirety of WW2.  The battle was doomed to failure before it even started however the propaganda fed to the British public was one of success and as such there is little reporting of it.

The attack was supposed to be a coastal assault using landing craft arriving under the cover of darkness.   Unfortunately, this small armada was stumbled upon by a German Convoy mid channel and the ensuing sea battle alerted the coastal defence force.   With the element of surprise completely lost they were still ordered to proceed, but now arriving in broad daylight.

Within hours of the first landing, the raid was over with a massive death toll and thousands of allied troops either wounded or taken prisoner.  The story of this tragedy is sadder still at the small village of Puys, just to the north of Dieppe, where of the 554 men that landed none made it from the beach to the sea wall and only 64 eventually returned home.

The primary lesson learnt by their bravery, much remembered and annually celebrated by the people of Dieppe, was not to attack ports or stony beaches.  In the planning for D-Day (some 2 years later), the focus was on the more secluded, sandy beaches of Normandy and away from major towns.

The story continued post battle with the German army doctors who worked side by side with French and British medics to treat the wounded and many of the prisoners taken were returned to Britain only a few months later.   A war grave built by German soldiers to honour the fallen men was built not long after the battle and remains intact, and unique in that graves are laid back-to-back being the German style at that time.  We were both quite ashamed of knowing nothing of this action until here. 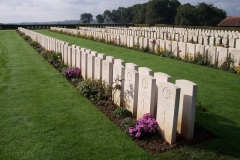