Whilst stuck in Lowestoft, yet again, this time due to thick fog, we wandered to the Bus Station and decided we would spend the day wherever the next bus took us.   The Southwold bus was cancelled and so we ended up in Great Yarmouth!   I’m trying to think of something good to say about the town, but lets’ just say, had the Romans stopped off here whilst conquering our country they would have got a flavour for how things were going to be further north and I suspect they would have abandoned their plans and so Hadrian’s Wall would never have been built.

Returning to the boat having satisfied our desire for chips and having resisted the temptation for a tattoo, the weather reports favoured the southbound option and a Summer in France. 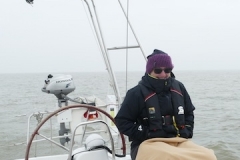 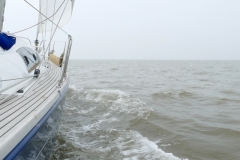 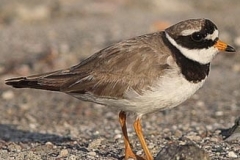 Another night of listening to the Fog horn warning signal nearly postponed our setting off but it lifted enough to make the trip back to the Orwell River. Our intention to spend just one night here became two, again due to thick fog, thus delaying the retracing our tracks across the Thames back to Ramsgate.    In the River Orwell, we holed up in the Royal Suffolk Marina – a quiet quirky little place situated in the borough of ‘nowhere in particular’ which is found between the hamlet of ‘little significance’ and the crossroads of ‘no importance’.   That being a said, after a two mile walk through Levington Lagoon bird sanctuary, we found The Ship pub which was, we decided, a place of substance serving only locally brewed ale.  Fortunately, we found convenient seating on the return walk. 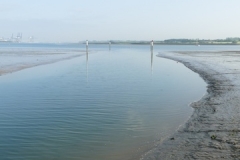 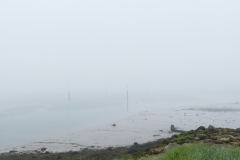 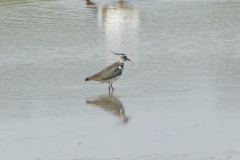 Setting off from this marina and back into the Thames Estuary, we found, for the first time in this trip, that the wind came from the right direction for us to actually get the sails out.  I know these are not the most exciting pictures of sailing but after 2 months of smashing head first into waves and wind, we’re happy for now!