…… ‘We’ll say our goodbyes and slip away quietly’ …… was always the intention – no fuss – no razzamatazz.   What started as a simple …   ‘Cheerio see you in eight months kids’  …  ended up with a surprise sailing weekend culminating with a full blown ‘Salty’s @ Yarmouth party with dancing on tables, a massive bar bill, getting a local chucked out, Amanda becoming a sister suffragette and bruising her nose, Richard getting lost in the Beaulieu, ‘Chloe and the Withy drama’, some French bloke climbing up my mast and Mr Tapp becoming all emotional after having ‘partied’ too much. 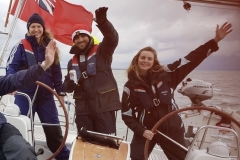 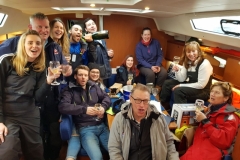 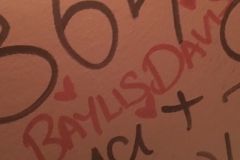 So having intended to wave off our loved ones on Good Friday it was Easter Sunday, after having filled at least one bottle bank, we were eventually, and now somewhat apprehensively alone and but ready for our adventure….