We’d left nowhere in particular heading towards somewhere else and, for once, with the wind blowing in the correct direction and the sea flat and calm, it wasn’t long before we were flying along at 8 knots with the sun on our faces and a following breeze.

All very pleased with ourselves, we settled back to enjoy the ride whilst casting the occasional glance over at our pin point accurate, and rather intrinsic, navigational system.  Now I’d be the first to admit that I’m not overly technically minded in this department, but I did give it a second glance when I noticed that Le Jouannet’s position was momentarily shown on top of the Eddystone lighthouse and then almost immediately somewhere around Marks and Spencer’s food-hall in Dartmouth  (other food outlets are available). Employing all my knowledge, I immediately instigated my usual three stage approach to all things electronic and computer based which are….

1 : Push random buttons in the vain hope that something miraculous might happen;

The order in which these occur is insignificant as the end result is almost always the same in that the problem usually still exists.  I then tend to pull myself together and adopt a more grown up approach by checking the very equipment that is feeding the screen with information.    I went to the Electro Compass and satellite receiver and did what all we men do – I gave it a tap and a bit of a wiggle and, shockingly, neither solved the problem. I even tried blaming Brexit, but again nothing. 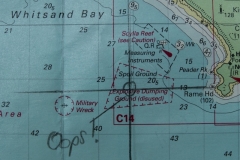 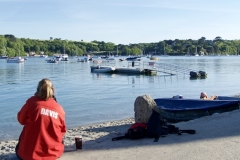 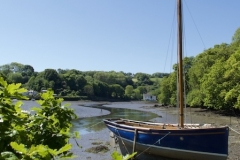 Returning to my probationary days of sailing, when I was responsive to tuition, I recall an instructor telling me that when you’re lost consider dropping the anchor, stop moving, get a chart out and have a proper think.  Momentarily this sounded like sense but just before dropping 25kg of galvanised steel I had a glance at our back up system to see if that could give us a rough idea where we were.   If the Latitude and Longitude were correct then we happened to be sailing directly over an ammunitions dumping site which probably explained the interference with the compass due to a fair bit of unexploded ordinance below our keel.   We intelligently abandoned the anchor dropping idea and five minutes later, having passed though the minefield, Le Jouannet had returned from its lighthouse sight-seeing and food shopping trip and we pressed on to Cornwall.

Onwards we sailed to the River Helford which was a landmark point as it was our furthest point west so far. With the sun setting we once again set off in our dinghy to explore the small tributary of Frenchman’s Creek which was the inspiration for Daphne Du Maurier’s book of the same name. 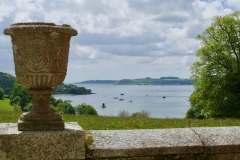 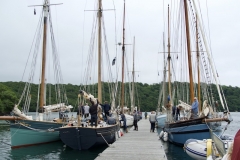 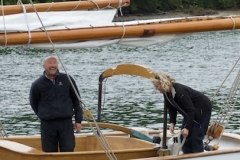 Our Cornwall adventure ended in Falmouth with a chance meeting with Kim Hartley who was skippering Polly Agatha on a drinking festival (loosely disguised as a series of sailing races).   Our paths crossed when our very quiet river pontoon was turned into a haven for Pirates and we were surrounded by numerous gaff rigged pilot cutters crewed by a bunch of beer drinking, accordion playing, sea shanty singing, bearded good natured drunks – and the men were far worse. 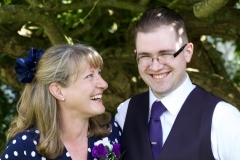 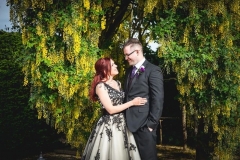 We soon returned to Plymouth where Le Jouannet sat for a couple of weeks whilst we returned home to celebrate Nina’s son’s (Simon) Wedding to the lovely Vikki.