April 2017 we left The Hamble our home of some seven years and from under the watchful eye of the eminent Mr Hearsey, Fairview Sailing.  Now heading south and very much on our own, we needed to find a new marina in France.

Our choice would revolve around transport links to the UK, marina facilities, walk ashore pontoons and most importantly, the ability to safely lift 15 tonnes of boat.

We hunted down other UK long term ‘Yotties’ and listened to their advice and subsequently were drawn to the River Vilaine.    Here, we were told, are numerous marinas which had the bonus of being away from the coastal edge and therefore more protected than those adjacent to the Atlantic west coast.  Drawn in by tales of huge marinas with limitless facilities and fables of annual contracts by the bucket load we headed South East.    Dancing to the pied-piper’s tune we confidently headed toward this Shangri-la of the boating world with expectations of Capitaineries throwing themselves at our feet hungry for euros. 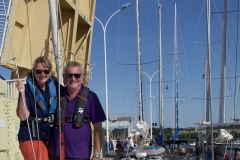 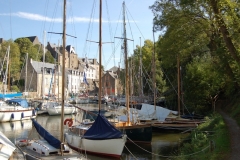 To enter the River Vilaine is a lock – not just any normal French lock – this one is so big and so chaotic it’s called a ‘Barrage’.   On approaching this barrier, and in order to calm Nina’s nerves, I recited a quote from the Oscar winning film ‘Gladiator’ when Maximus Decimus Meridius first appeared at the coliseum….. turning to his ‘soon to be killed’ slaves he said ……. “Whatever comes out of those gates we have a better chance of survival if we stick together”…. For reasons that still escape me she seemed slightly more tense…

I’ve tried to describe our first experience using the written word, I feel the pictures are testament..

Beyond the Arzal Barrage is 20 miles of peaceful river taking you to Redon where, if your boat allows, the canal network links with St Malo, Brest and Nantes along the western side of the French Canal system. 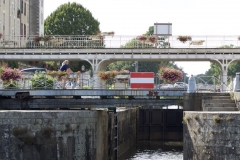 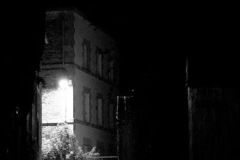 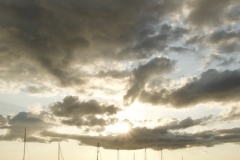 Redon was once a vibrant hub of trade as seafaring ships could navigate the river’s length and off load to barges which fed the remainder of France.  The Arzal lock ended this artery sadly leaving this town a husk of what it used to be.

The river winds through countryside and picturesque medieval villages such as La Roche Bernard and Beganne and, with wildlife on your door step, you can anchor anywhere you want with your next destination dependant on where to find a boulangère.

So back to our hunt for a contract.   The first marina we visited, and the largest one, was at Port d’Arzal itself.  If the British ‘Yotties’ information was to be relied upon, this place was practically going out of business due to the lack of sailors and their boats.    The truth being was that they were overrun with requests and had a two year waiting list!  So Nina made a phone call. 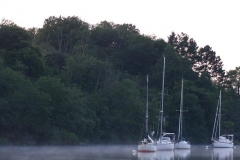 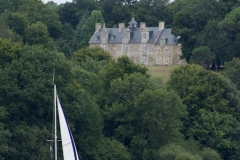 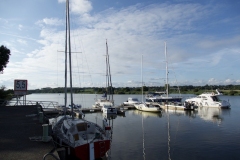 The manager of the second marina promised the earth on the phone and when we arrived the next day for a boat inspection, we discovered that he’d taken the next two days off.    The boatyard proprietor however was confident in lifting LJ’s 15 tons however I declined his offer of a ‘test lift’ observing that the ‘crane’ consisted of a tractor pulling a trailer with rather large lettering indicating MAX 13 TON on the side of it …

We were approaching day 5 of this crusade and as yet it hadn’t stopped raining since we had entered the Vilaine, so the general boat mood was middling to low as I had now entered ‘Man-Sulk mode’.   We entered Marina number three at Folleux, and on reflection maybe I was a tad aggressive!    We were received by Chloe who even before we had arrived, had the contract drawn up, the membership cards printed, our log-on to the members website activated, a car parking space allocated, electric key fobs to all facilities within all of the Morbihan’s Marinas and a 25 tonnes haul-out facility ready for our inspection – all she needed from us was something plastic with ‘VISA’ on the front!

Having adopted my nine year old belligerent attitude, Nina made me apologise to all of France for everything I may have said, thought, or implied over the preceding 5 days 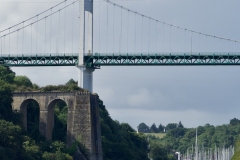 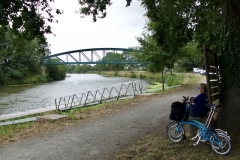 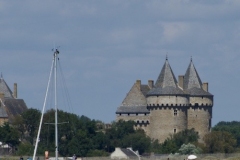