At last the pilgrimage has been made.

As the previous page mentions Gerry’s parents honeymooned on the island spending much of their time at this bay.

Having eventually found the coastal path, via a farmer’s field and a gorse hedge the ‘rock’ sign for the bay says it all and pointed us in the right direction. 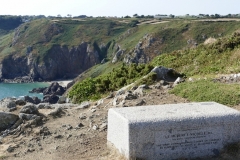 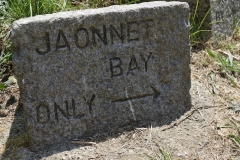 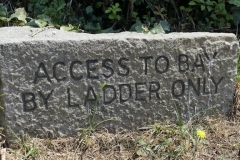 If that wasn’t enough, a near continuous flight of stairs downwards got us to the top of a of stainless steel ladder (new and sturdy, I’m pleased to report) which deposited us on a collection of large, slimy rocks.  On way we met  Chris and Alex who’d lived and played here as children until many years ago and were making their own pilgrimage from Australia and – coincidence of all – they knew Hubert Nicolle but as the local Insurance Man not the Solider.

So clambering over the ice-rink of rocks and eventually making it onto the sand we both agreed it was worth the effort and a very special little place.

It was whist being arrested by its tranquillity, Nina noticed that the other occupants were primarly male, actually all male, and all naked. 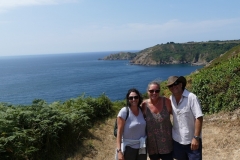 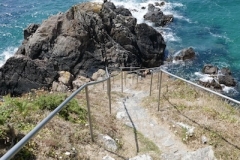 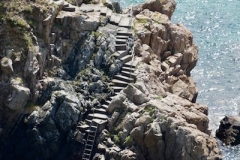 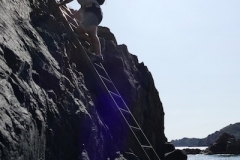 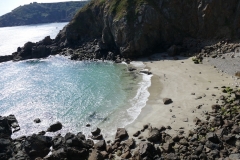 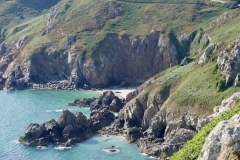 We collected a few stones as mementoes and left..