It all started so well, 4 years in the planning, 6 months of refurbishment, a fantastic sending off party and long made plan to travel to France and enjoy a month of Gaelic charm and culture, not to mention the wine and cheese. But then the weather just said No-way Mr Davis… the wind screamed so hard from the south there were cresting waves in the marina so all hope of a French Invasion were dashed.  ‘Plan B’ was quickly cobbled together and France abandoned for another time which gives them sufficient warning to get some wine in production. 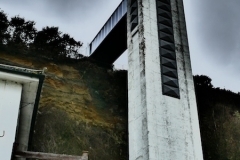 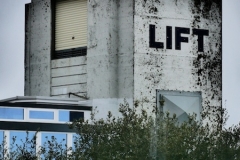 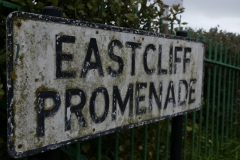 The change of plan was to travel east to Brighton, Eastbourne, Ramsgate and then follow the original plan up the East Coast. This plan was sound however yet another day of howling wind and we agreed to visit the south of the island using the local bus service, the time table of which is only slightly more complicated than The Times – cryptic – crossword.   What do we say about Shanklin ? Now there’s a place  …   Here we found a large block of well-constructed concrete being beaten up by three metre high waves.  Normally I would have called it a sea defence but here they call it a Promenade and just to reinforce its identity they scatter a few broken deck chairs along its length in order that one can contemplate why they came.  Access to this seaside delight is via a lift which looks suspiciously like a redundant 1950’s Cold War Soviet rocket launcher.   We smiled politely, bought an ice cream and realised that this Victorian oasis has an altogether different feel about it when passing it to Port on the Round the Island Race.