We spent a few evenings in Caen and each night we were entertained by a side show of musicians chanting to a melody of African drummers whilst the remainder clubbed a local resident to death on the side of the Canal, well that’s what it looked like and certainly that’s what it sounded like! 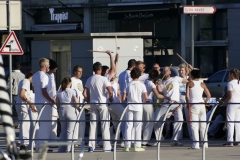 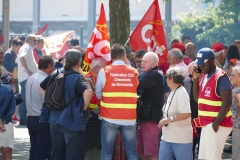 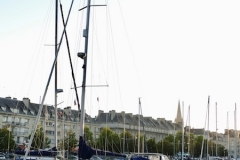 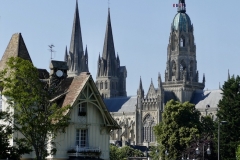 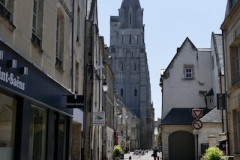 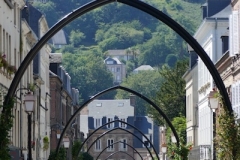 Bayeux is only a short train journey from Caen so that was next on the list.  Arriving at the station we were trying to work out how the automated ticket machines worked when we found ourselves caught up in the middle of an SNCF strike which was a rather laidback affair with free pastries being handed out to anyone who would wear a sticker.    We listened for a while to someone shouting into a megaphone and for this act of empathy and, we assume, for nodding at the correct point, we were handed a pain au chocolat.   However our train was coming so we wished them well with their quest for a ‘better something’ and ran away to find platform A.

Bayeux is a beautiful old town with lots of courtyards, babbling streams, gardens and an impressive central cathedral.    Obviously, we were here to see the Tapestry which tells the tale of the three Kings of England – Edward, Harold and William and the lies, skulduggery, wars, death and invasion that surrounded the 11th Century feud and caused a few issues in Europe (sounds familiar).

The tapestry, which is nearly 1000 years old, is over 70metres long and bearing in mind the quality of the materials they had the workmanship is breath taking.  Nina got told off for going around twice and I got told off for taking photographs …

We do seem to get told off a lot on this trip but anyhow I’ve attached my understanding of this historical and educational document which is coming to the UK in a few years. 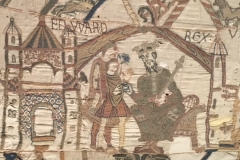 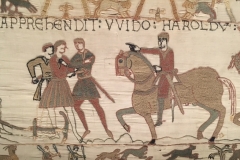 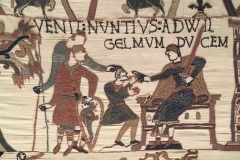 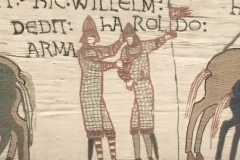 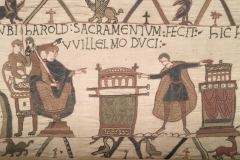 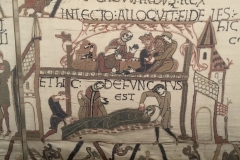 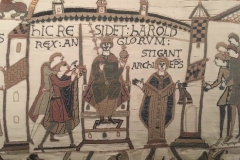 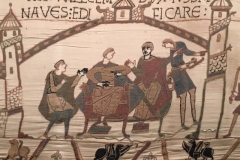 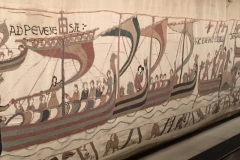 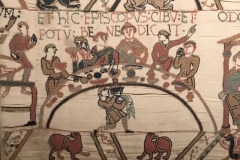 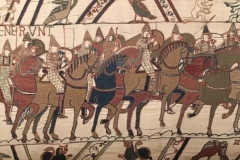 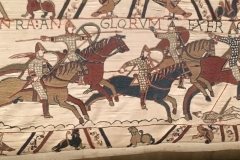 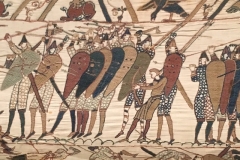 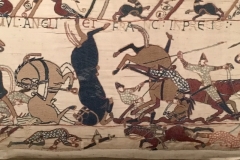 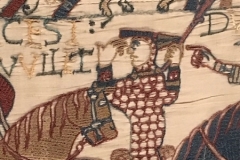 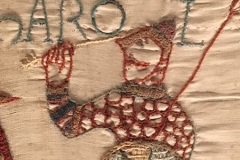