Having boosted the local economy sufficiently in emptying most local outlets of wine, beer and our newcomer to the drinks cabinet namely ‘Pastis’, it was time to move on.   We’d discovered that Pastis appears to be a harmless looking fluid and with ice and a splash of water it slips down easier than a Jamaican sunset.    That said, during the darker part of the evening this liquid attacks two of your five sense’s, being eyesight and hearing, which become incredibly sensitive to anything above ambient light and the most delicate of sounds and so our departure the next morning wasn’t the earliest we’d logged.     We said our farewells to Scaramouche and her Doctors – we will never be able to drink this potent libation again without fond memories and sunny evenings! 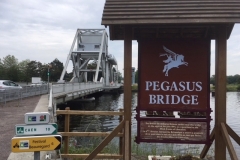 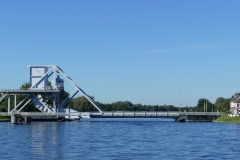 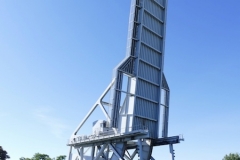 Along the seven mile canal passage to Caen, three bridges have to be lifted in order to reach the city.  The first bridge is the impressive Pegasus Bridge, at Benouville.    The museum alongside the bridge tells the story of the 6th Airborne Division, the Parachute Regiment and 2nd Battalion Oxford and Buck’s Light Infantry who, under the cover of darkness, arrived alongside the bridge in gliders and even after taking heavy casualties and took control which was pivotal to the progress of the D-Day landings.

As we progressed along the canal with the sun blazing and not a ripple on the water we were overtaken by a Russian tanker whose bow wave was so big that had we not turned around and faced it I’m fairly certain we would have surfed Le Jouannet onto the adjacent D515 dual carriageway.  It was at this point we came to regret keeping the forepeak hatch open however the mattresses did eventually dry. 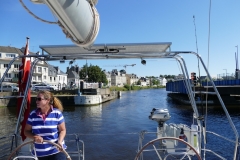 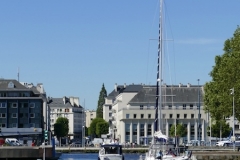 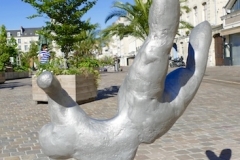 We arrived in Caen on market day and confident with our slowly improving French, we abandoned the supermarket in favour of the stalls selling their local produce.  Apart from Nina getting told off for touching some blokes cucumber we seem to have developed a fairly straight forward and successful procedure of making purchases.     Firstly, you point at something – The stall holder puts it in a bag;  He then shouts some numbers at you which you don’t understand;  You hand him a €5 note (safe in the belief that 4 tomatoes shouldn’t exceed this); You get a lot of coins in return;  Transaction completed;  You smile at each other and walk away.

You move along to the next stall and repeat the procedure  ….. Point; Bag; get Shouted at; €5 note; more change; smile; walk away …….  You carry on until you’ve run out of notes and the coins weigh more than your groceries.

You then go to a bar for two overpriced beers and when the bill comes, on a small ashtray, you offload all the gold and brown coins into the ashtray and cover them with the bill – You have the time it takes to drink the beer to do this – and leave before the waiter realises what you’ve done and avoid getting shouted again.

Our current success levels are being measured by the amount of change we don’t have against the amount of notes we can hold on to each day. 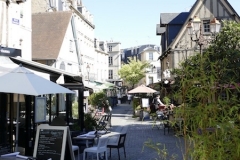 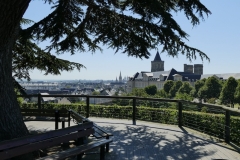 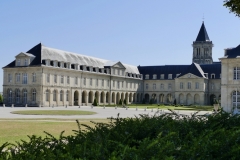 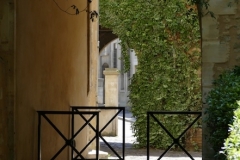