Sadly, as the year was drawing to a close, our temperamental, very expensive and highly problematic electrical system was failing again.  We now only had minimal domestic stand-alone electrical power and had become completely reliant on shore power to maintain any form of normal living.

Thankfully, we still have our guarantees and following numerous conversations with the UK Supplier, we decided to make life easier for them and so left the island and made for L’Herbaudiere, ticking off half of the 100 miles back to our winter home. 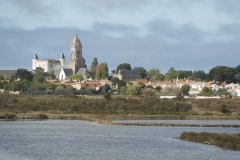 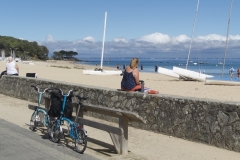 L’Herbaudiere town marina sits on the north end of Ile de Noirmoutier which although retaining its island status is connected to the mainland by the Fromentine Bridge.     The visitors moorings are conveniently located directly at the entrance which gives easy access to the Atlantic swell that rolls in all night from the Bay of Biscay.  It was no wonder that the next morning I joined the queue at the office with a number of other yachties’ all displaying a slight green tinge around the gills, and asking to move away from the entrance.

We were going to be here for a while awaiting electrical engineers and once again we were blessed with understanding staff who gave us a private mooring which basked in the sunshine all day.

Still firmly in the Vendee and similar to Ile d’ Yeu, this area very much suited our style of cycling with terrain as flat as a crepe!   On route to the quaint town of Noirmoutier we found yet more deserted sandy beaches hidden behind endless dunes and also managed to add numerous spots of wading birds in our eye-spy book of birds. 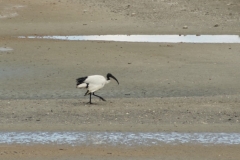 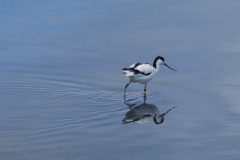 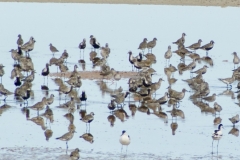 Riding through endless salt beds brought us to town where they grow the fifth most expensive food item in the world !   Just behind saffron, macadamia nuts, beluga caviar, and white truffles is ‘La Bonnotte’ potato   These root based beauties are so delicate they have be picked by hand and apparently have a distinctive lemon and chestnut taste due to the sandy soil and seaweed fertilizer they’re gown in.    Figures of €500 a kilo can be reached due to the limited May harvest and being so popular they even have their own website.     www.lanoirmoutier.com

Eventually, seven days later two engineers arrived from La Rochelle. After a lot of head scratching, tapping and bashing about for a few hours they exclaimed in great excitement that it was all resolved as they bundled their tools back into boxes. It came as no surprise that even before they were half way back to La Rochelle, the entire system had failed again.  It seems that the practice of ‘pack up quick and bugger off Friday’ isn’t just a UK industry standard but embraced on the continent as well.  The UK suddenly felt a long way away.

Our home port of Folleux was now 50 miles north across the estuary of the Loire, around the headland near Piriac, through the Arzal Barrage and beyond. We could see that the weather was closing in with a week of rather inclement precipitation and so our decision was to either stay put and allow the ‘chuckle brothers’ another go or to head back to the security of our home port. 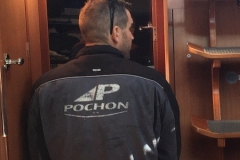 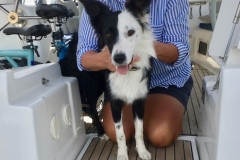 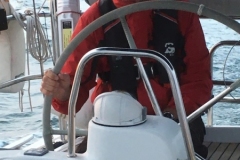 Unlike a motor vessel we had sails and plenty of wind for propulsion and if we could preserve sufficient battery power on way we should be able to fire up the engine at Arzal.   The next morning we slipped lines, and at the first moment available to us we turned off every boat light and all of the navigational equipment, hoisted the sails, and tested our sea man ship (apologies:  sea-person-ship) secretly admitting that we quite enjoyed the challenge!

We made good time without drama and on arriving at Arzal we held our breath turned the key and our faithful Yanmar engine fired up and glided us into the Lock and up into the Vilaine River where it then poured with rain – and for once we didn’t care.